Y’all already know that I’m a sucker for discovering what makes athletes tick.

I want to know their motivations, how they get through tough times, and the competitive edge that makes them elite.

As a casual runner/racer, I love to get juicy nuggets of information from competitive runners and track athletes.

The mindset is as much a part of the race as the physical act — especially running.

We’ve all heard about marathoners “hitting the wall.” which can happen on shorter runs, on “bad days” for training, and “bad days” in general.

It’s all about being able to push past the discomfort and doubt that creeps in – usually when you’re almost to the finish line, literally and figuratively.

How I Got To Know About Fawn Dorr

I’ve been following US track and field star, Fawn Dorr on Twitter and Instagram since her tryout for the 2016 Olympics in Rio.

She is witty, honest with her journey, and point blank in her opinions.

Fawn is super open about her successes, her disappointments, her setbacks, her style, and her sexuality.

While sporting fierce haircuts and colors (I think, pink and shaved cut-out patterns are so brave and cool!), she chased her passion and remained true to herself through it all.

She’s also been an amazing voice for lesbians in the athletic world.

Never afraid to speak to it and share how her partner challenged her and supported her.

Also advising how coaches on supporting gay athletes through their progression and growth.

Gotta love an underdog who is passionate and works their butt off!

The more I learn, the more I love her attitude and story.

Who is Fawn Dorr, Anyway?

She’s a professional runner and decorated NCAA runner at Penn State University – one of the most decorated in all of Penn State Track and Field history – She was named NCAA All-American 11 times!

In the 7th grade, age 12, Fawn began as a long distance runner and made her way to sprints and hurdles in high school.

She made that switch largely due to head injuries in her childhood and, unfortunately, episodes of seizures that triggered when she ran long distances.

Fawn Dorr as a Hurdler

To date, Fawn is considered one of the top ten hurdlers in the world and has qualified for the Olympics twice.

When speaking about how she got started in hurdles, she says that it’s not an event that any runner chooses because it’s brutal.

The event is complex because it requires the speed of a sprinter, the stamina of a miler, and power of a long jumper.

Training is gruelling so it takes a special personality as well.

Lucky for her, she had that winning combo of innate skill and potential to do great.

Nonetheless, she always considered herself best at the 800 – 1500 meter run.

In her heart, she is a miler.

A miler is an elite runner who completes running a mile in 4 – 5 minutes tops. That is unbelievably fast!

For that reason, Fawn loved the mile race. The mile epitomized a world-class athlete — swift, strong, confident, and mentally-focused.
It wasn’t all easy or given to her though.

While, at the surface, it may seem like a dream life — being a talented, sponsored, professional athlete came with its waxes and wanes.

Fawn talks a lot about how she got into running. Even now, she says,

“I don’t think this has been about running for a very long time. It’s about self-worth and achieving with determination and sacrifice.”

She admits that it might not be the healthiest way to view herself — that performance and achievement don’t equate to self-worth – But she denotes that it is a hell of a motivator.

A Little Bit of Comparison and Depression

Growing up with a smart sister who had major aptitude for music and a brother who was an elite archer, she felt like running was her gift and how she stood out.

If you have siblings, as I do, it is so natural to compare and look for what makes you special.

For my brother and I — he was athletic and did well in soccer and snow sports. He is competitive into his adult years and a hands on learner.

On the other hand, I pursued lots of higher education since I had an aptitude for school and loved learning.

She had a natural aptitude for it.

She knew from an early age that that’s how she wanted to make her mark – she worked at it tirelessly.

Running was also an escape for Fawn as she also experienced depression at an early age. She feels strongly that running is what kept her alive and striving.

The power that sports and fitness have on mental health never ceases to amaze me. Listening to many athletes talk about their journey, it seems there is always a mental health component that grounds them in the sport and spurs them onward.

For anyone out there that has discovered this magic, celebrate that and share this truth with all your friends.

We can make the world a better, happier, healthier place with running and fitness!

Fawn’s success in running led her to believe in herself.

Being an aspiring miler led her to a life philosophy that I read once and MUST share with you now:

What an intense perspective!

Running and the way in which you practice, race, focus, and persevere says so much about a person.

This truly resonates with me because I completely agree that how a person shows up to take care of their health and fitness is a direct metaphor for their life.

It’s inspiring to think about when you’re out on your run or at the gym.

What kind of person do I want to be?

How does my running exemplify that?

In my life and meditations on the topic — I aspire to be the focused and driven person at the gym and on my runs.

Based on how I show up for those activities and how they translate to my life — I think that I am a consistent, independent, determined, organized, and confident woman.

I believe whole-heartedly that these attributes show up in my work-life, family-life, and other relationships and hobbies.

I am committed and all-in when it comes to the things and people I am involved in.

On the other hand, I have been in a place before where I was more half-assed about everything.

Sort of flaky and not that determined or goal-oriented.

I am SO thankful that running and fitness came into my life and developed me into a better human.

Fawn also speaks to being a hard worker and not just a gifted runner.

Hurdling isn’t some walk in the park!

She says that diligence in focus and effort through training is what gained the respect of her teammates.

Many times when she joined a new team, she wasn’t the fastest hurdler there.

Nonetheless, she trained hard with a specific goal in mind to give it her best shot at getting to the Olympics.

Being in the opening ceremony and in front of the crowd was her greatest aspiration.

I don’t blame her for setting her sights there.

Can you imagine the energy coming from the other athletes and crowd?

If ever there was a lack of motivation, that would surely light it up again!

Fawn likes to keep things light at practice, joking around and being encouraging with her teammates.

While she enjoys her workouts, she also takes it really seriously.

As an opinionated advocate, she says that she won’t even tolerate teammates that show up and say “I can’t” or “It’s too hard.”

She prefers to stay positive and press onward. Fawn is single minded in her focus and goals.

Though she gave her all and qualified for the Olympics twice. She never did make the team.

However, she was SO driven that she tried to qualify for both the U.S. and the Canadian team – Each time, missing the mark by just a hair.

I can only imagine the disappointment.

After the first trial, she said that she could not look at her running shoes for months without crying.

During that trying time, she leaned on her partner.

Frankly, for a competitor, her girlfriend did exactly the right thing. She challenged Fawn to decide if it was time to hang it up or get back out and run.

Fawn reflects on that moment and touts her girlfriend for saying the exact words she needed to get back on the track.

That night she went for a midnight run and committed to trying one last time.

While she didn’t get to the Olympics then either, it was at least satisfying to know she gave it everything she had.

You know what they say, regret will last a lifetime and…

When asked how she stays motivated, she reflects on the feeling of inadequacy.

Going after her goals and achieving them proves to herself that she is worthy.

Overtime, it seems that Fawn has found faith in her abilities and purpose through running. It’s become more about process over product for her — and that’s how she keeps the passionate fire, focus in training, and steady improvement alive.

She is confident that remaining present is all she can do and control.

“I first must get through today. Today’s practice is all I think about. What am I doing today to better myself for tomorrow? One day at a time.”

In times of doubt, because even the greatest of athletes struggle with doubt from time to time, Fawn remembers that she is a champion and running is what she totally eats, sleeps, and breaths.

Since her run for the Olympic has passed, her social media is a platform with which she hopes to inspire and provoke thought as she chronicles her journey.

Fawn is truly a favorite runner of mine. Her tenacity, care, and authenticity in the sport and about her journey — the ups and the downs — is both inspirational and relatable.

Check her out on Instagram and Twitter to connect with Fawn and continue being inspired by her unique journey and perspective.

If you want to chat more about runners or athletes you love, hit me up on Instagram! I’d love it!

While you’re here, read more of my other articles on women athletes, mindset, fitness motivation, and even fitness equipment reviews, such as this article about the best gifts for gym goers or this one for running tights. 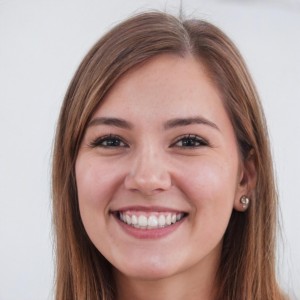